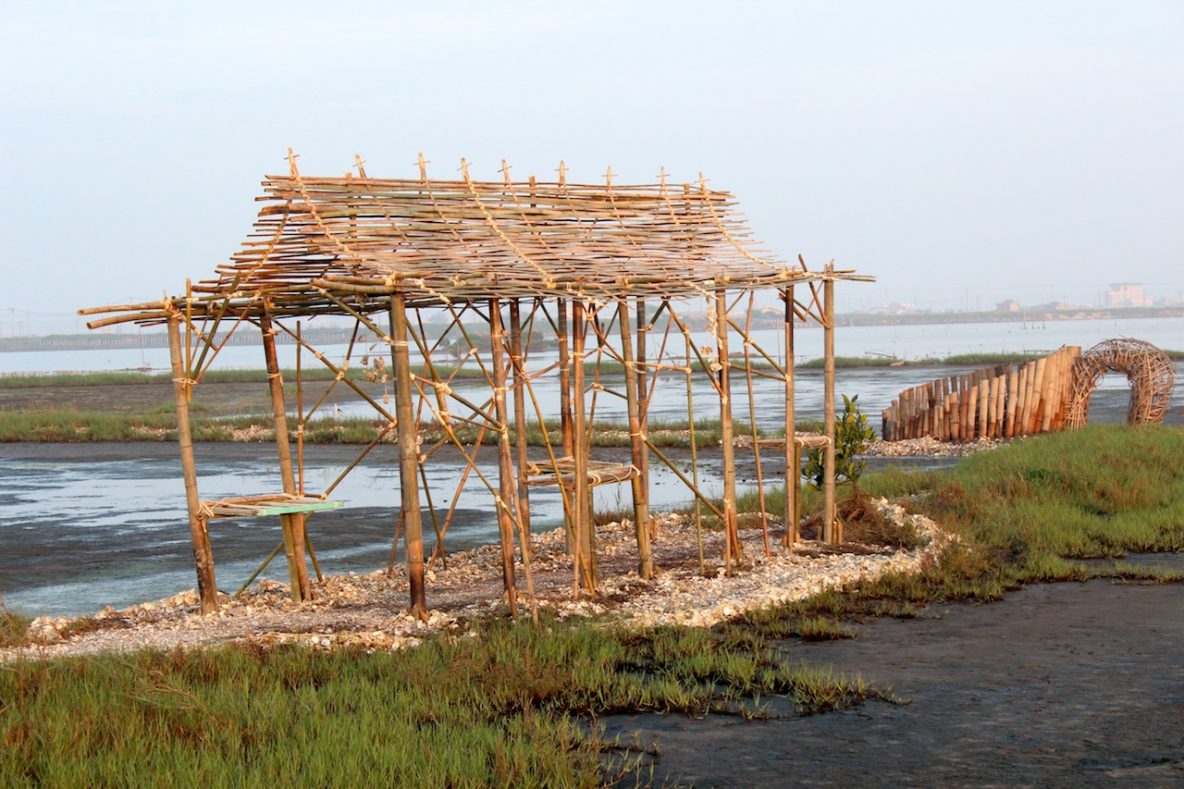 So I feel I can take it a little easier now. I spent the day adding a few more pieces to the Tea House to fill out the walls. I feel better now about the piece. But a new caveat has arisen.  We have discovered that we need another ton of Oyster Shells for my walkway.  And the company whose truck we used last time does not work on Wednesdays, which means that they cannot come until some time on Thursday, which is the last day we have to finish.  I still need to cover the ground more with the oyster shells to really create this sense of an oyster reef.  A bright whiteness against the green of the wetlands is what I am looking for.

I was out on part of the reef I have created waiting for the light of the sun set to cast its glow on the tea house, but it was hidden by the clouds.  Hopefully the beautiful one from the picture I sent earlier will happen again before we leave. Instead I am sending you a picture I took this morning at sunrise. While waiting for the sun (Jim Morrison in my head) Mr. Lin one of the villagers who has been helping us out came by and invited me for a tea.  He served Winnie and I (another  volunteer) Taiwanese Oolong tea, it was my first tea to be served at someone’s home in Taiwan. I felt so honored.

I am planning to make bamboo tea cups tomorrow, but Mr. Lin said it was not good to use bamboo because the smell of the first tea used will remain in the cup, not allowing you to really smell the next different tea you have.  I said that that was okay with me, because I really only mean for these cups to be used once for sharing a tea in my tea house so that the people who visit will have the tea cup as not just a memento of their experience, but a sensory one as well to take home with them.