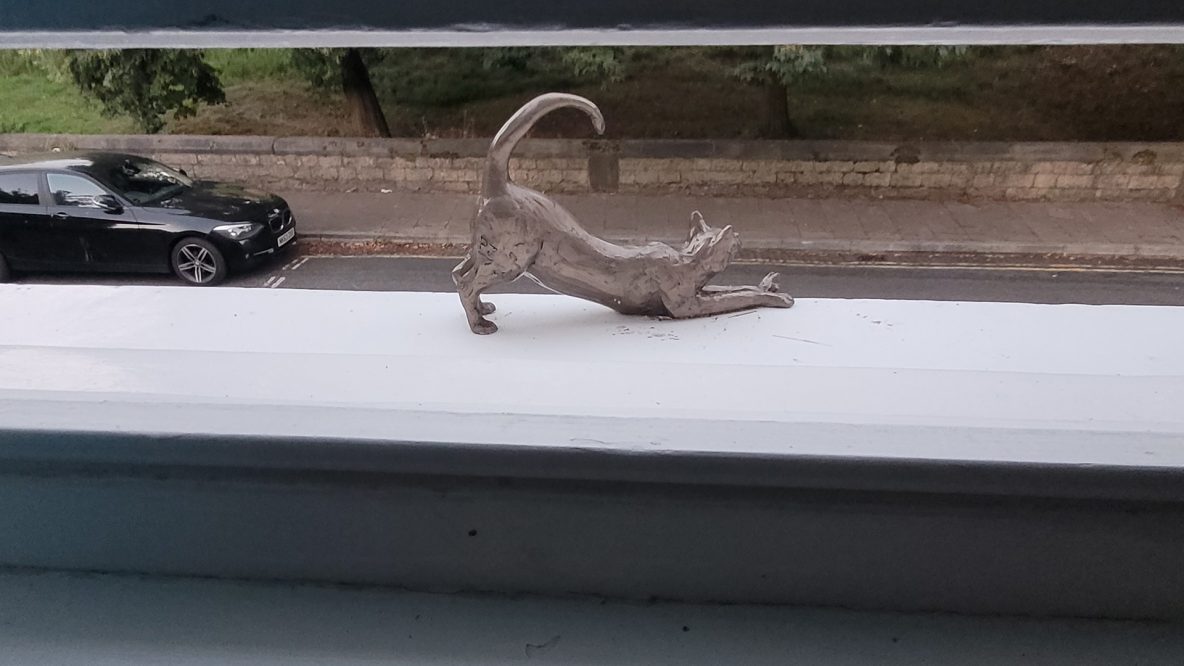 After finishing up at Westminster my feet were so tired and sore that on a whim I decided to get a taxi back to my Airbnb. The traffic was so thick at that time of day, that it took just as much time as it would have to walk, but it was a load off my feet. I was getting so used to having my dates pay for me, or tapping off with my card, that as I got out of the car (which is a bit unwieldy as you sit much further back in a British Taxi) I turned around to see the taxi still there as I closed the door and asked innocently, oh, I am supposed to pay you aren’t I? He said yes, so I dug into my bag to pull out what change I could. Silly me.

My next stop was rolling my luggage to King’s Cross, to make my way north to York. I would have liked to take the time to look for platform 9 3/4, and indulge my prior Harry Potter fascination, but I was running late for my train. Made it on just in time. The station is just glorious. The larger train stations in Europe are just masterful. Above ground with massive wrought iron canopies of glass and subject to the elements, unlike NYC being underground. Gives you pause to remember what the original Penn Station might have been like.

Destination York for 2 nights. When I arrived and gave the taxi driver the address to my Airbnb he sourly commented he’d never heard of it. He had to type it into his GPS. But when he arrived his mood changed and commented that it was a very nice street, and liked the big old house. Even pointed out to me the cast iron cat stretching on the window sill. Apparently York loves its cats, and throughout the City owners have attached cats in various poses all around the outside of their buildings for tourists to spot.

My Airbnb was just perfect. A corner house just next to the old City Wall erected by the Romans. Throughout the evening I kept on hearing voices floating through the air, but no-one on the street, only to realize they were coming from people walking along the wall behind the trees from my attic abode. My host Jelle was most gracious, letting me do a load of laundry, and offered me to use the epsom salts he just got for a bath. Yummy.

I got dinner at a place called “Spark.” A fun street market erected in old shipping containers built around a courtyard with numbered tables. The process being that you order your food online with your table number and they bring it out to you. A vestige of the contactless post-pandemic era. But my vegetarian burrito with sweet potatoes was quite delicious.