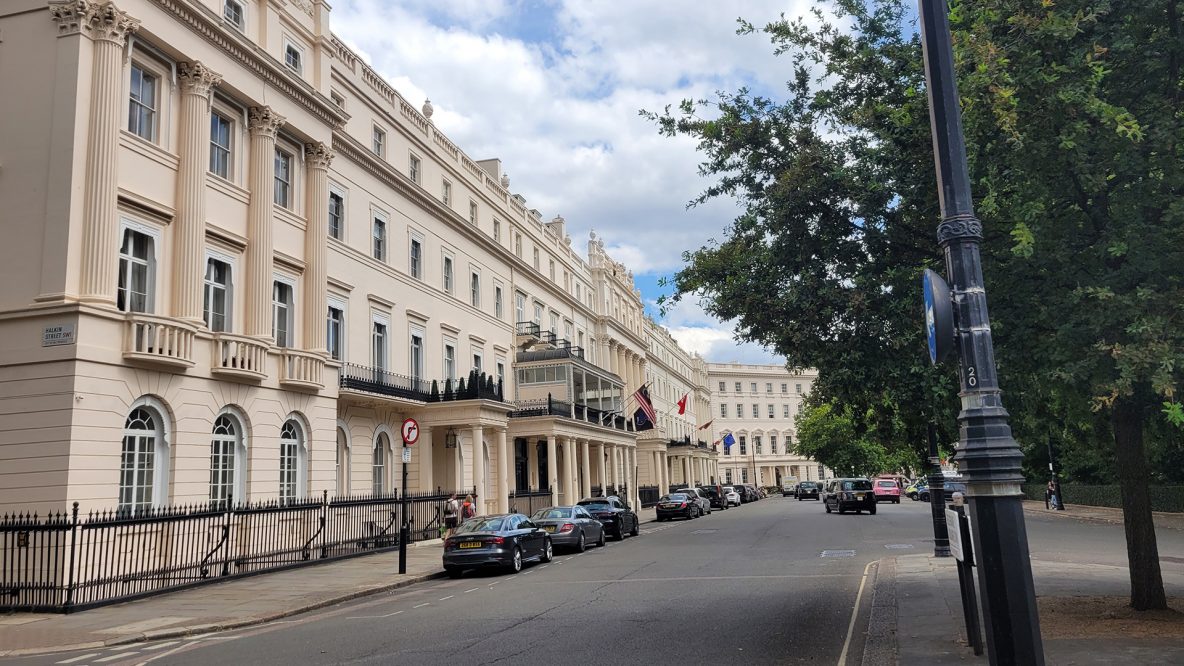 So far my lodgings have been about taking wonderful hot baths after long days of travel and walking about in 3 of my hosts’ beautiful bathtubs, and sleeping in top floor garret rooms with slanted ceilings. Alas for tonight’s stay in Berwick-upon-Tweed, which is a lovely historic town on the North Sea before Edinburgh, I do have quite the garrett room, but only a tiny coffin of a shower. What’s even crazier for 50 pounds I get a room with only a skylight through which only a rectangle of sky is visible, with a tiny tenacious plant growing from the eves. At least it is quiet in there. Quiet like a tomb.

Which I saw quite a few of when I went to the British Museum on my last day on my own in London on August 4. Only parts of the Museum felt like a museum of a museum, the one that takes the prize is Room 1 entitled the Enlightenment Room. A vast space filled with glass covered book cases, bound in leather and gold stamped, studded with objects collected from all over the world between the 17th and 18th centuries. I was there shortly after opening and had the floor about Asia to myself for a while, but when I ventured into the Egyptian wing it was wall to wall people. Trying to catch selfies before the Pharos and Magna Carta. I found on the map a listing of galleries that were usually quieter, one of them was Chinese Ceramics, just breath taking.

When I left my Airbnb host in the morning for the British Museum that was practically in his backyard, the last thing he said to me was that there is nothing in the Museum that was actually British. Mainly the spoils of the Empire. Which is not totally true. The exhibition on the early Anglo Saxons of the Sutton Hoo was quite spectacular. Like everything else on my trip, it was informed by a recent movie with Ralph Fiennes called “The Dig.” The recreation of the gold helmet found in this sunken boat of a burial mound is a brooding face that is timeless.

I left after 2 hours and made a second trip to Gail’s Bakery down the street where I had the most yummy egg soufflé sandwich, a chive and cheddar scone, and a strawberry tart that just melted in my mouth. I decided to make my way to the Serpentine Gallery in Hyde Park. To be honest I was expecting more from the show. I had looked at an interesting article in the Times about it, but what I actually saw was underwhelming. Maybe I was at the wrong location. Need to follow up on this. https://www.nytimes.com/2022/07/28/arts/design/serpentine-gallery-back-to-earth-eno-obrist.html.

Like throughout the rest of London the park lands were scorched by the heatwave. I passed the Princess Dianna Memorial fountain, where children are encouraged to soak and frolic in the circular currents of water. Passed the Queen’s white swans, where I took a diversion through Belgravia to see the Imposing edifices of the row houses featured in another recent TV series with the same name about the time period after Napoleon was defeated at Waterloo. Most of the houses are now occupied by various Country’s Embassies.

I ended the day with a visit to Westminster Abbey. Practically every surface is dedicated to the memory of some historic figure, general, bishop, poet and of course Queen Elizabeth with statues, plaques and tombs. A somber but awe inspiring space, a crowded space. That brings me to the subject of masks. I have not seen any, except on a few tourists from Asia. After the long plane ride, and stuffy trains, I have given up on wearing one. I know it is taking a risk, but after 2 long years of this Pandemic, and not having gotten it yet, you see how people just want to move on. Not live in fear. Travel feels almost back to normal. Sometimes I wish I had come last year instead of now when it would not have been so crowded. When I was speaking to someone about this, they said, yes it might have been nice, but that it would have felt strange to see these sites so empty and void of life… 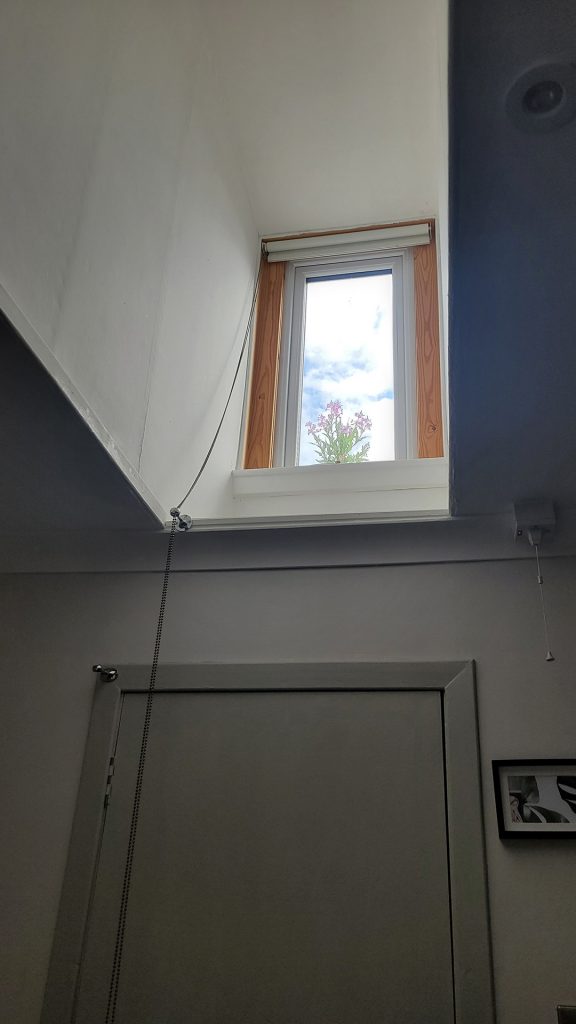 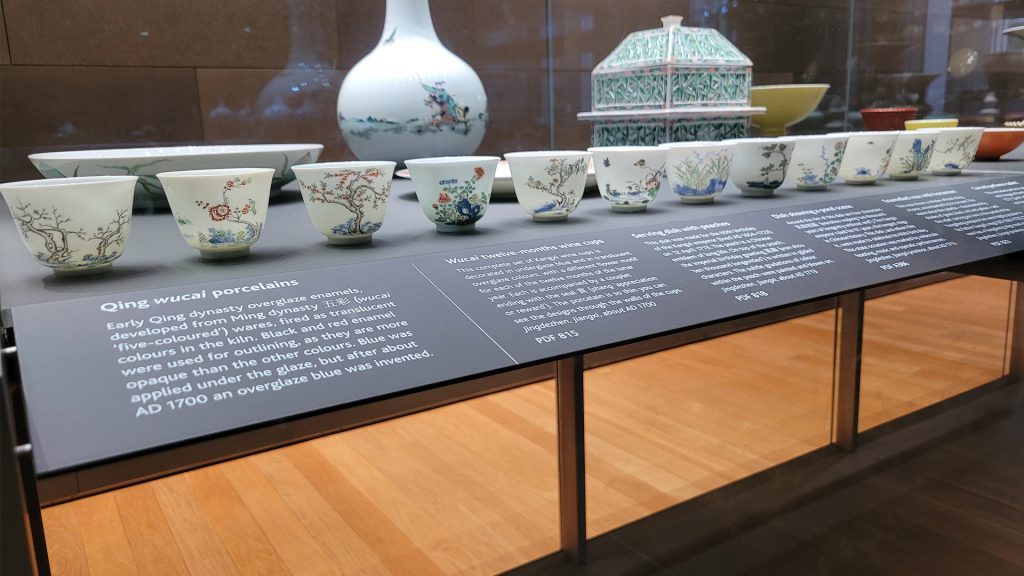 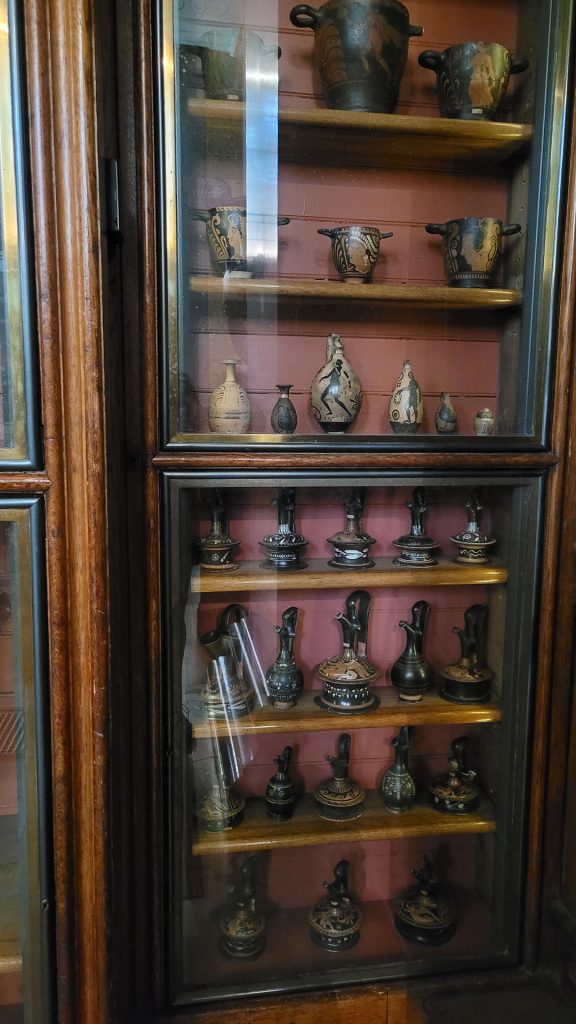 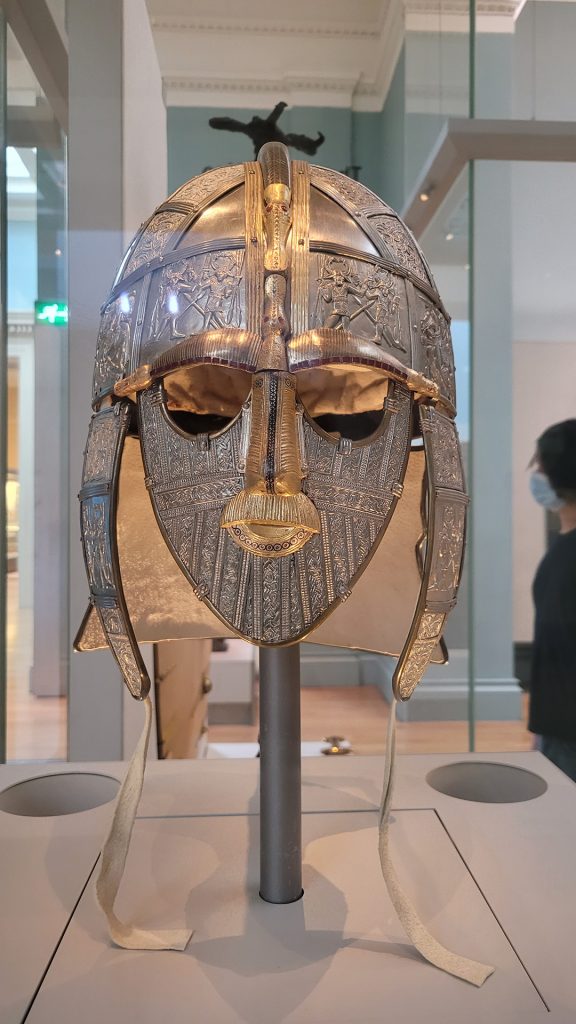 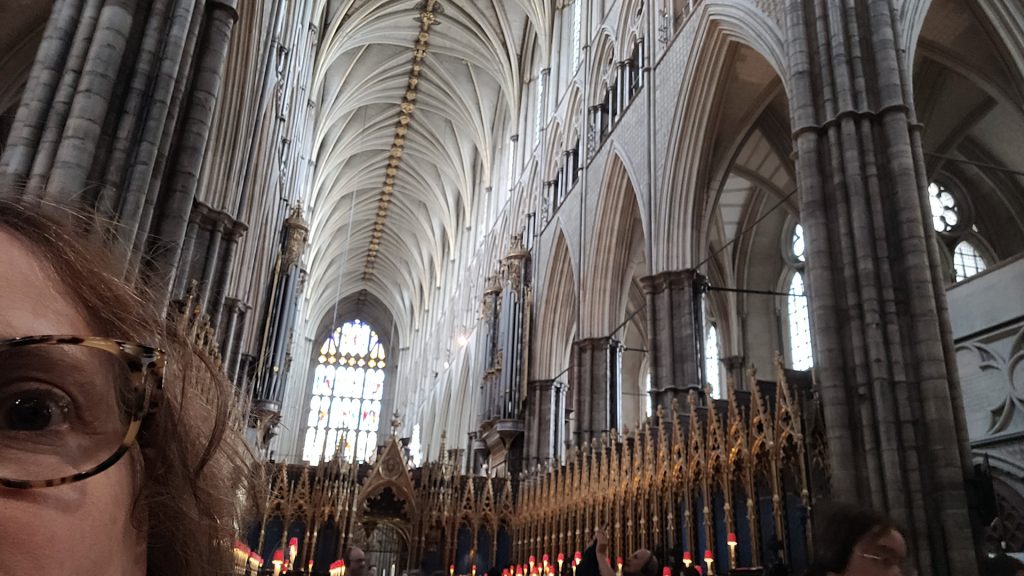