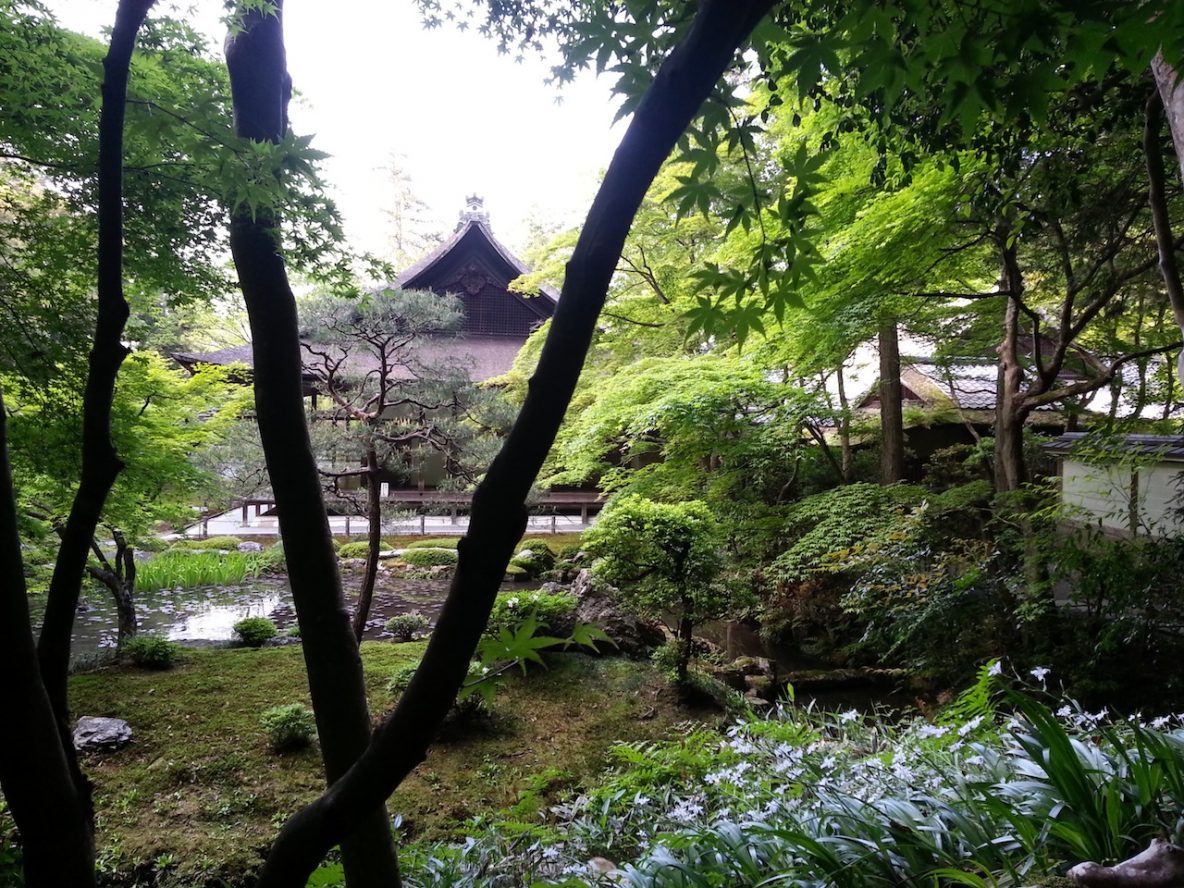 Been off line the past few days visiting Nara and Kyoto with my friend, former roommate and tea colleague Asuka from Osaka.

Asuka was a wonderful host helping to take me around to various temples, shopping streets and contemporary traditional Japanese dinners. Our first day together was in Nara, where we visited Kohfukuji to see The Northern Octagonal Hall &The Southern Octagonal Hall(these are open to the public now for it’s special 1200th Anniversary) of their Big Buddha statues.  It was a rare treat to be able to enter this 8 sided shrine devoted to this golden Buddha. The legend goes that the Buddha was brought to Nara by deer, so the city is famous for maintaining several herds of dear that roam freely in various parks. They have attendants to pick up after them and sell crackers to visitors who want to feed the deer.  They are even depicted on the local manhole covers.

That night Asuka took me to one of those sushi places where the plates roll around and you can pick up what ever you want to eat. I was very hungry, but it took me a while to get anything to eat because of having some difficulty getting the hang of how to open the protected dishes while they roll around the corner. It was very fun to watch the dishes we special ordered fly over to our table along a separate conveyer belt.

The next day was spent touring around Kyoto. up and down narrow traditional shopping streets to a very popular temple called Kiyomizu up in hills, where I was very proud of myself to be able to identify that there were cherry blossom trees all along the path without them being in bloom anymore. It was especially intriguing to see little signs posted throughout the woods identifying trees that were cut down for use in the Temple.  A great honor for the trees. Everything smelled so fresh and wonderful. Not just floral, but a deep down undisturbed green at the height of coming back to life. The place was rather crowded filled with visiting school groups and couples dressed in traditional kimono, so when we eventually made our way over to another site called Nanzen-in that had a quiet garden in the back that was basically left to ourselves I said to Asuka that this was the Kyoto I was looking for and wanting to experience. Later on I read that in order to see the Moss Temple that is the epitome of contemplative Kyoto you have to write a letter way ahead of time to receive a ticket to visit.  Kinda like seeing the Barnes Museum in Philadelphia.  You just can’t show up.

For my last meal in Osaka where Asuka lives she took me to a traditional tempura place in a nearby mall where we were the only diners. So we were personally served each tender piece of lightly battered fish and vegetables directly from the fryer behind the counter where we sat by the Tempura Master. Ymmmmmmmy.