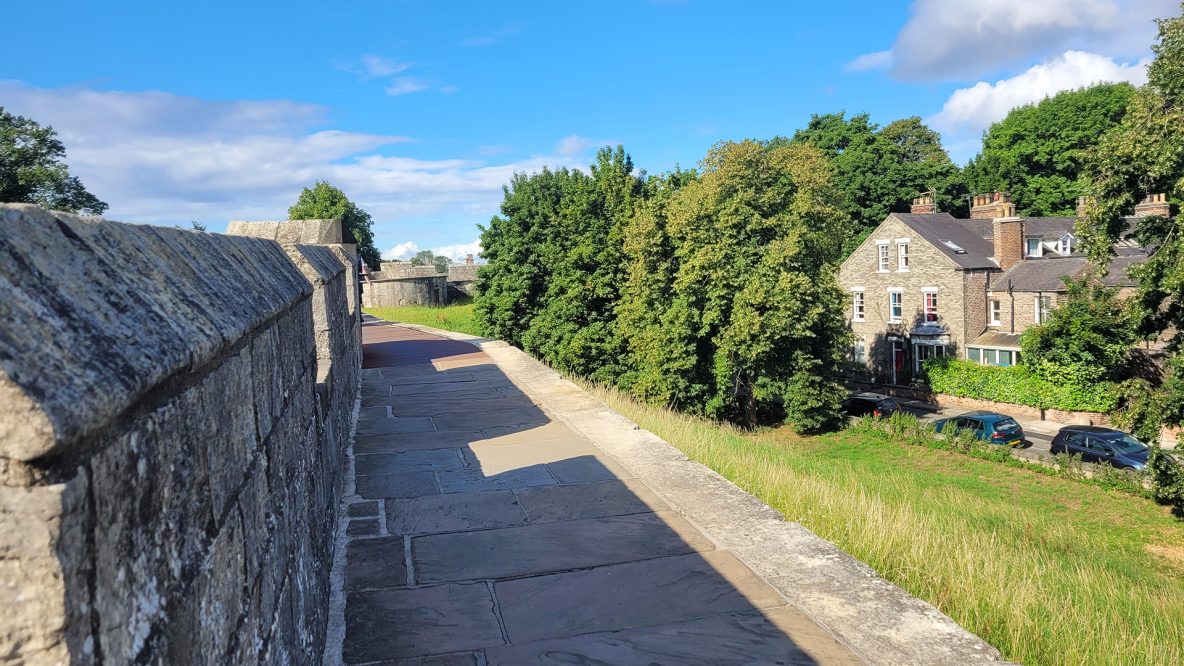 My first stop north was to York. I knew I wanted to first spend time in London and see Brighton, but I was stymied for a while on where to go to next. I thought about Cornwall, Oxford and Cambridge. Also looked into visiting Highclere Castle where they filmed Downton Abbey. But then settled on York to compare the original to my home City’s namesake, as well as explore Yorkshire which is actually the part of England where Downton Abbey is supposed to be set. I really liked the old York. It is a Medieval City, studded with a whole range of architectural time periods and styles dating all the way back to the Romans. It is the City with the longest set of original surrounding stone walls. My Airbnb was right inside these walls.

I was originally going to go the next day on Friday to the coast of the North Sea to visit someplace like Scarborough or Whitby, but decided to just stay in York instead. Later on that day I did hear back from a potential date, who happened to be in Scarborough, but by then it was too late to make the trip.

I did take it a little easy in the morning and spent some time on the phone changing my return ticket from Heathrow on Sept 7 to leave from Paris instead on Sept 6. I can’t believe it only cost me $89. This way I did not have to take the Chunnel twice or deal with Heathrow again. Though coming in was not too bad. Then made a reservation for a Proper English tea at Betty's Tea room. The presentation was lovely. The sandwiches tasty. My first time having clotted cream. Just yummy. But the tea tasted terrible. Just terrible. I ordered a Darjeeling. But turns out the water in York is so hard that it would have been better if I had had their specially blended Yorkshire tea. I complained to the staff about the god awful taste of the water. I had to repeat that the whole experience was lovely with the 3 tiered plates and live piano music, but I could not enjoy the lovely single estate Darjeeling, the water they used for brewing just ruined the taste of the tea. When I asked about their water they said it just came from the tap and that they just boiled it, and have been doing it that way since 1911. Oy! So much for tradition. They would rather brew a super strong blended black tea and douse it with milk and sugar rather then invest in filtering the water for the more delicate teas out there. Does not pay to work with Tea Masters when visiting England. They only learned so much from the Chinese.

As I walked about I did notice the lingering smell of manure in the air, it was later pointed out to me that surrounding York is very rich farmland, which explained this earthy scent wafting about. I really liked how even though there were modern buildings mixed in or mimicking the old ones, none grew too high to obscure the view of the Minster (Cathedral).

In the afternoon I met with Nigels, a friend of one of my London dates who took me on a pleasant walk behind the York Art Museum to see their edible garden. Saw many painted picnic tables that reminded me of the project I was just a part of at the NY Botanical Garden. Then went walking along the Shambles. The Shambles is the street that inspired Daigon Alley in Harry Potter. All the buildings and street where slightly crooked, misaligned and off kilter, and arguably the best preserved medieval street in the world. It was mentioned in the Doomsday Book of William the Conqueror in 1086. Many of the buildings on the street today date back to the late fourteenth and fifteenth century. And like in Harry Potter, the shops have whimsical names such as the Hairy Fig which we ran into to have a tea and coffee when it started to pour.

All in all I had a relaxing time in old York, walking along the waterways and on the fortress walls, so much in contrast to the frenetic energy of New York. But everywhere you go, both have their fair share of tourists. 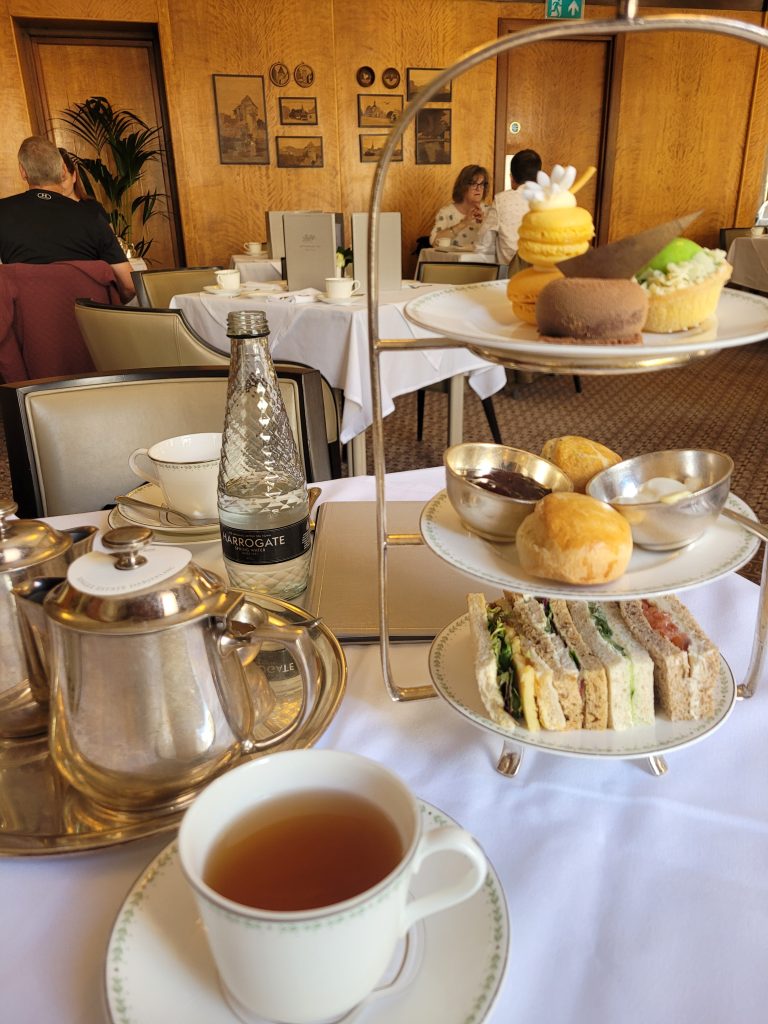 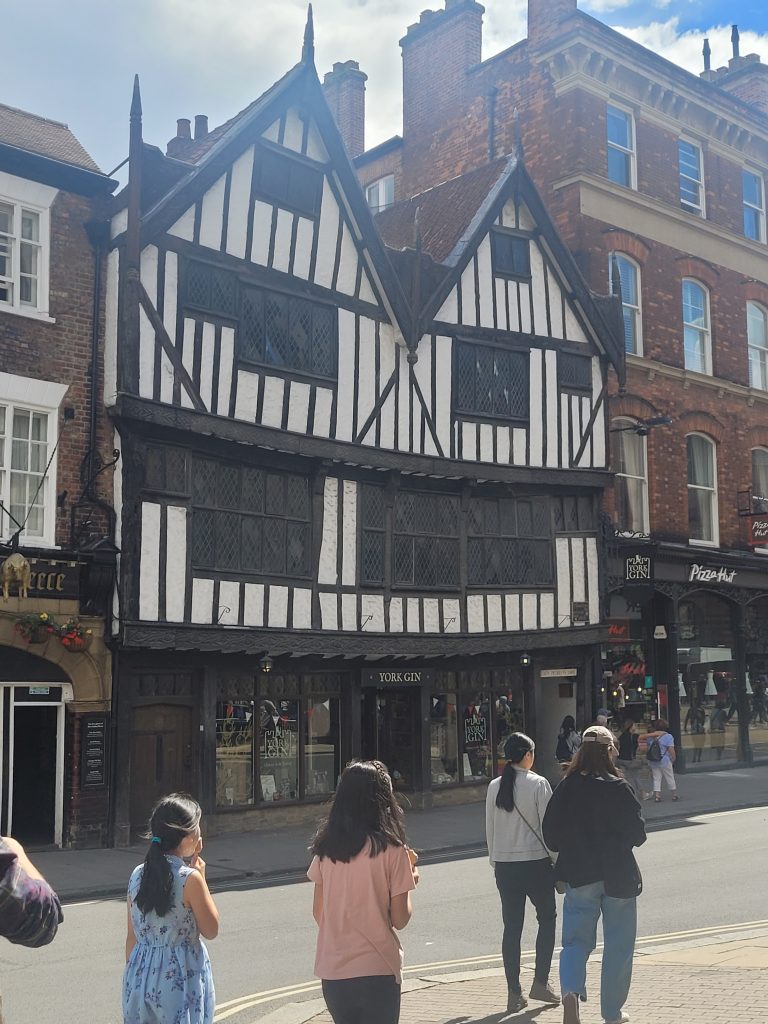 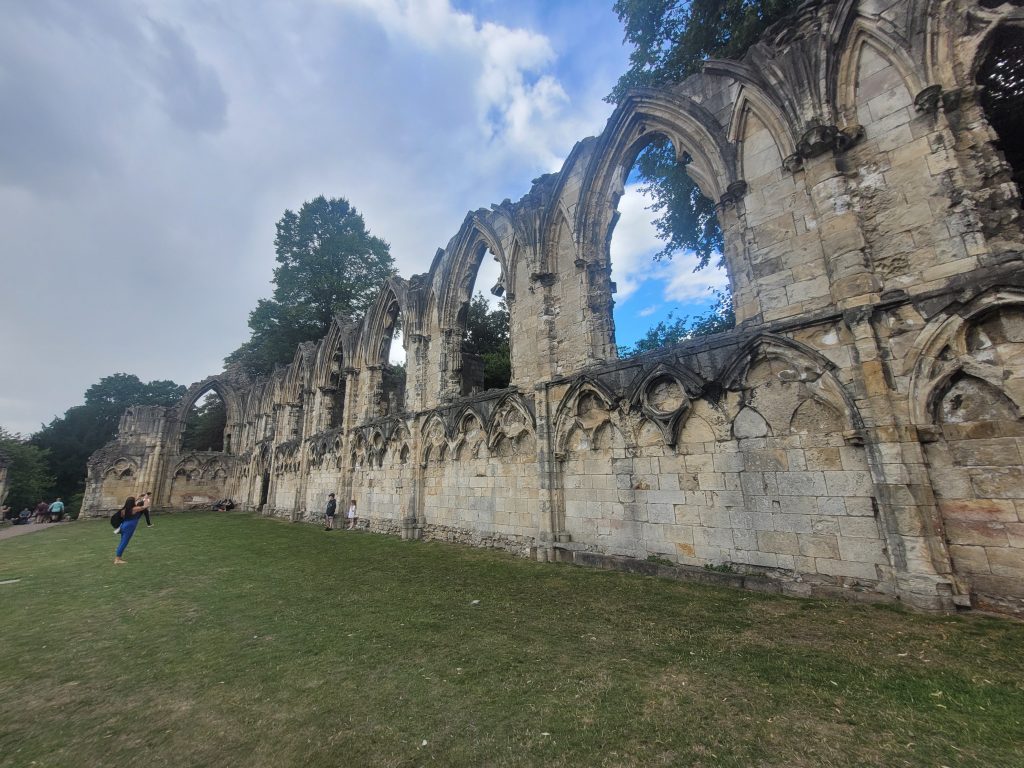 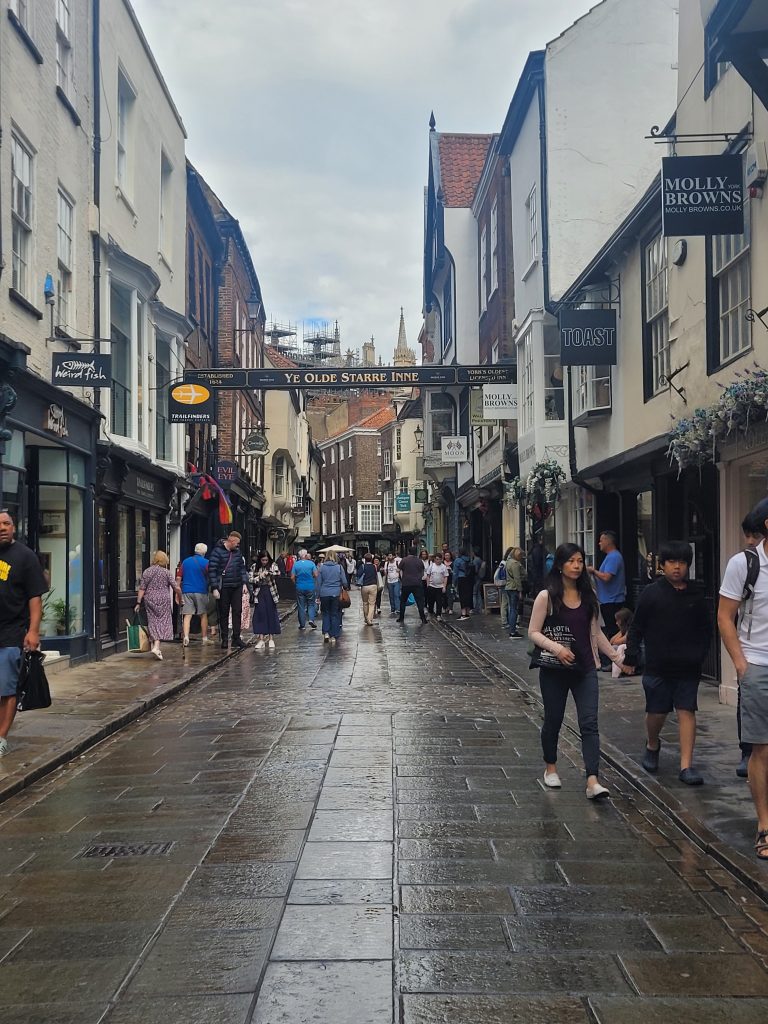 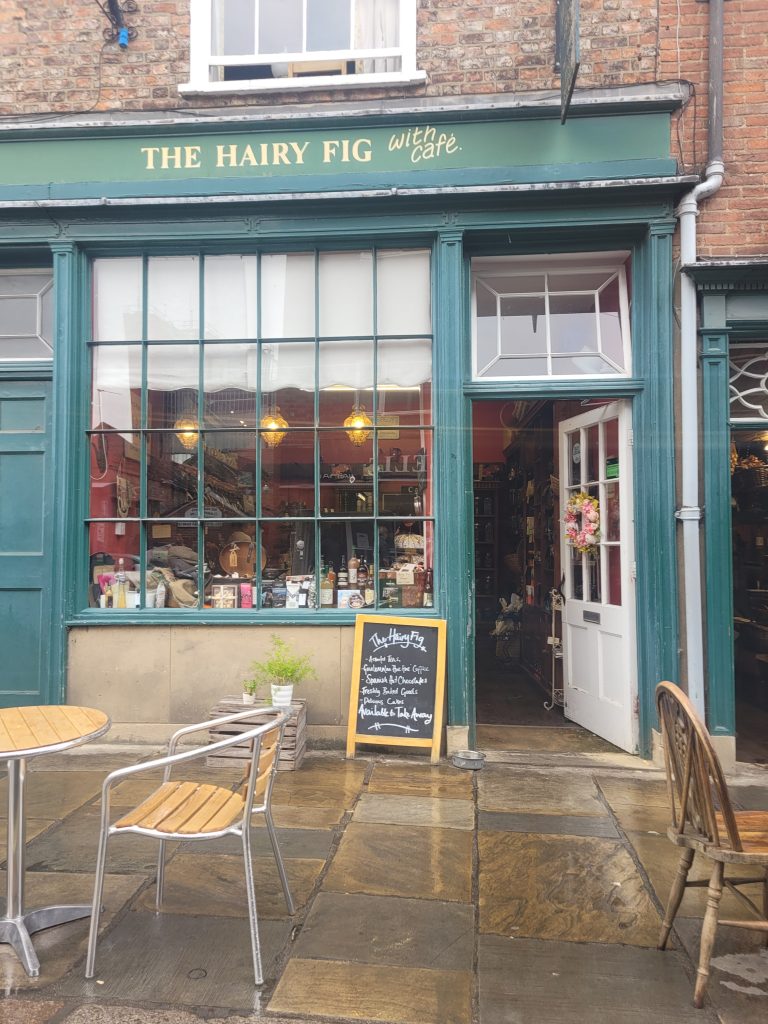