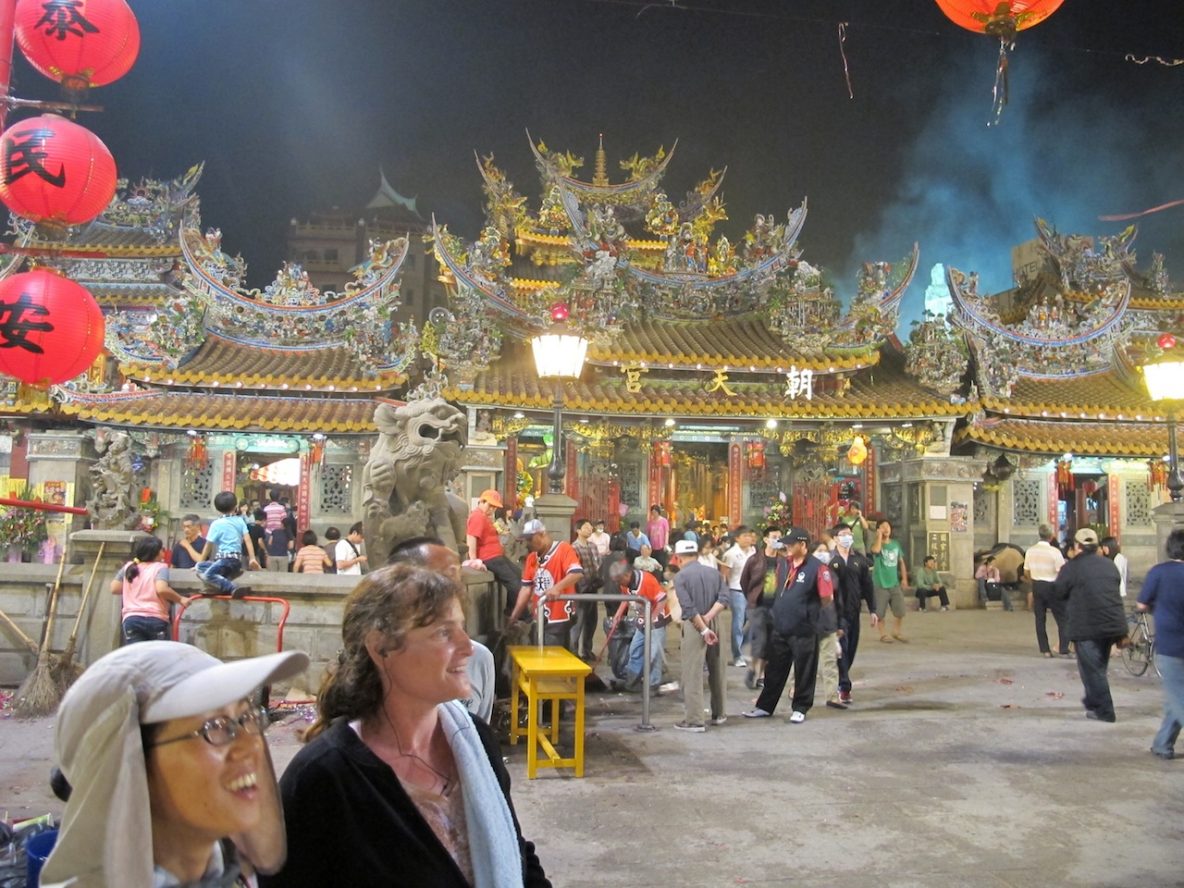 A funny thing happened to me after I took my shower today. I was running late and so tired before dinner that after I finished showering I realized I forgot to bring my towel.  Now you have to understand something about our showers here. They are located outside of the building, so any time you need to go to the toilet (which is actually in the same room as the shower, so the seat is constantly wet from others’ showers) you need to walk across the courtyard where everyone hangs out at night or IS working during the day.  I checked outside to see if the coast was clear because I was just about ready to streak across back to my room, but I saw one of the other artists returning. Thankfully I usually just go in in my dirty sweaty nylon clothes so I can easily clean them while showering, so I decided to just put my wet clothes back on to walk back to my room.

Sorry to have not written in a while.  Been busy from sun up to sun down, with very little private time. I did manage to have most of Saturday to myself in my installation working, but had to contend with a very loud traditional puppet show being played nearby for the celebration of Motsu. Motsu is the goddess of the sea and was actually a real person who saved her brother’s from drowning in a typhoon by keep on a light at shore for them to see. I got to experience a very special part of Taiwanese culture outside of the big city with the celebration of this festival.  Most of it very loud, full of neon color and lots and lots of fireworks.  Oh and drinking too. We were invited to a special dinner with 10 continuous dishes being served to almost 75 people.  And each dish was delicious, from sweet and sour soup, to glazed chicken, fried rice, A whole fish, a soup that is supposedly so good it is named after the Buddha who jumped over the fence after eating it, Though someone pointed out that how could the Buddha have eaten  this soup when it has pork in it.  The meal finally ended with some strange fatty pork dish, which I abstained from, and a variety of jelly deserts and a Taiwanese version of an ice cream sandwich. The table next door took all our uneaten food and put it in bags to take home. Nothing goes to waste here in Cheng Long.

The crazy parts of this festival were the entertainment and the drinking.  They had a mobile stage that glowed with neon light designs upon which was a karaoke computer and a scantily clad woman in a sequined bikini who was the MC for the evening.  Also playing along side her was a strange set of movies that looked like a mash up of a traditional puppet show depicting the story of Motsu, a kinky mafia movie and the characters from the puppet show come to life in a fantastical fight against gods and goddesses. And of course everything was really really loud. All we could do was just sit there amazed at the spectacle, Then what made the night was the Taiwanese tradition that you go from table to table toasting each other, where you are supposed to drink in return,  But just not a sip, these men wanted you to down your beer in one shot, then they would just keep pouring more and more in your cup, Reminded me of my night with the Architects. The constant toasting for the sake of toasting and drinking.

But really it was a fun night.  Most of us cut out early, but the artists from Italy, Taiwan and Germany stayed on to drink into the night with the local villagers.  Michael from Germany did not look so good in the morning, and Yachu from Taiwan had to skip lunch, but Giorgio from Italy just kept on going strong working on his sculpture, even though his eyes were quite red.

The next day we went to a nearby town to experience the parade of Motsu to her temple.  Before we left we were warned to wear wet towels for covering our faces from the smoke of the fire works, and to wear closed shoes due to all the soot from the shooting fire crackers.  They were right, it was just crazy over there.  Not the usual kind of event I would attend, but it was for the cultural experience of watching the traditional floats of percussion music, giant puppets of the gods and goddesses, and the wonderful dances of the fighting human size puppets of lions and dragons. They were so expressive with flapping ears, glowing eyes and flowing trains of fabric. One person lifting the head up and down in a jerky like fashion battling heroes and ancient foes, and another working the tail, wagging it in precise coordination.

It has been a challenge trying to finish my project. My hands keep swelling up at night from the constant work. My assistants are great, but there are just some things I really want to do on my own, and am frustrated that I cannot. We have 3 days to finish, and I think we will make it, but I know deep down I would have done more if I could. Especially with the lattice work of the walls. Instead we will hang from them notes about the project and the wetlands written on oyster shells by the children, villagers and participants.