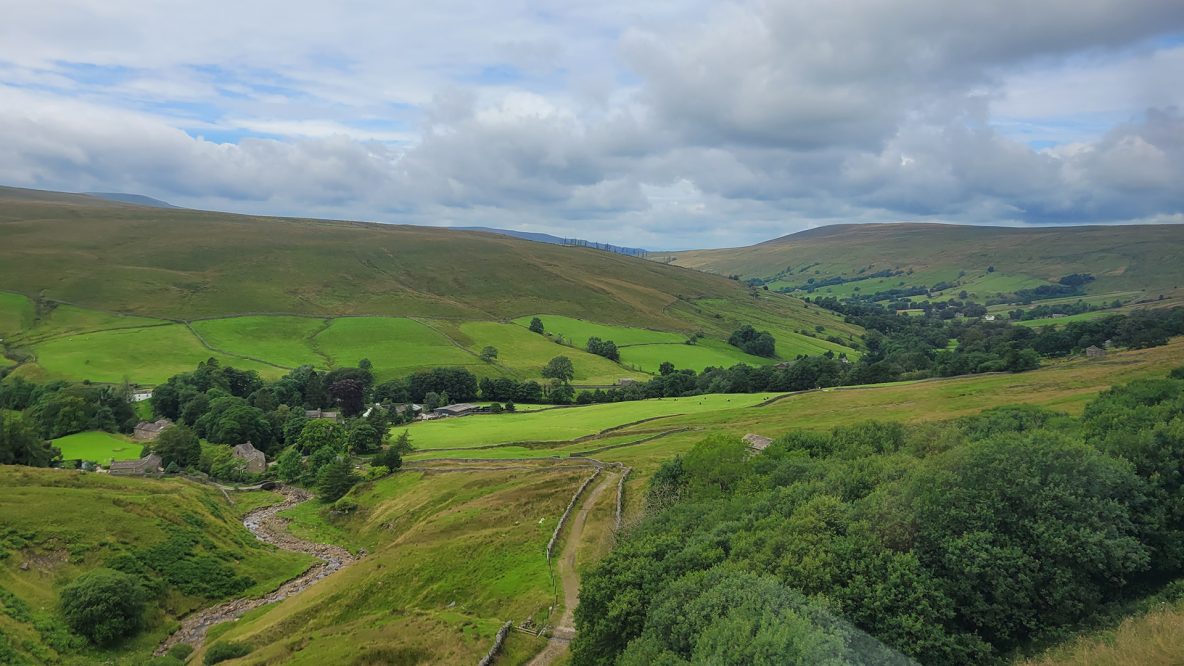 I had first thought to rent a car for getting around and exploring the landscapes of England and Scotland, but the thought of having to drive on the right side kind of scare me off. I have a hard enough time trying to keep track of where the cars are coming from when I cross the streets. I was then inspired to take the trains after a search on the internet found a listing of famous UK train routes. Today’s journey was one of them. Up through the rolling hills of the Yorkshire Dales and edge of the Lake District on the historic Settle to Carlyle Line. This stretch of rail is so revered by the locals that they fought hard to save it from demolition in the 80’s due to lack of use. It was only a 3 car train, but packed with bikers, hikers and tourists taking the day to ride through the lush green terrain spotted with white dots of sheep and goats grazing or lying on the ground individually as if social distancing. A Volunteer went back and forth between the cars with a small speaker to guide us through the history and stories about the train line.

I spent the day riding the trains, York to Leeds, to Settle then Carlyle, East to Newcastle then north along the North Sea to where I stayed the night in another medieval town Berwick-upon-Tweed. Where they still had part of their old surrounding walls and gates. My hotel where I had the room with just a skylight window was called The Castle Hotel because it is close to where the original Castle from the 12 century once stood, but was demolished except for one wall in order to build the Train Station during the Victorian Era. It is the most northern town in England just before the Scottish border. My goal was to have a really good fish and chips. The barmaid at the hotel directed me to Foxtons, which was pretty darn good, with a glass of red wine sitting outside on the sidewalk. I felt kinda bad asking for ketchup for my chips, and I regret not trying the malt vinegar to get a more authentic taste, but savored every bite. Later I topped it all off with a bag of freshly made warm donuts on the way back from walking along the river front. So much for trying to loose any weight on this trip, even with all this walking.

Everyone has been so nice along the way. From the bus drivers taking the time to look at my map to make sure I was going the right way, to the hotel staff letting me sit in the empty breakfast room to write, while everyone else hung out in the noisy bar, to the train employees just accepting my train pass without question even though their scanners do not read my digital global pass. The best was the taxi driver who saw us standing and waiting for a bus, and offered to pass back by after dropping off another customer to see if we still needed a lift, we were thankful for his return because the bus never came. 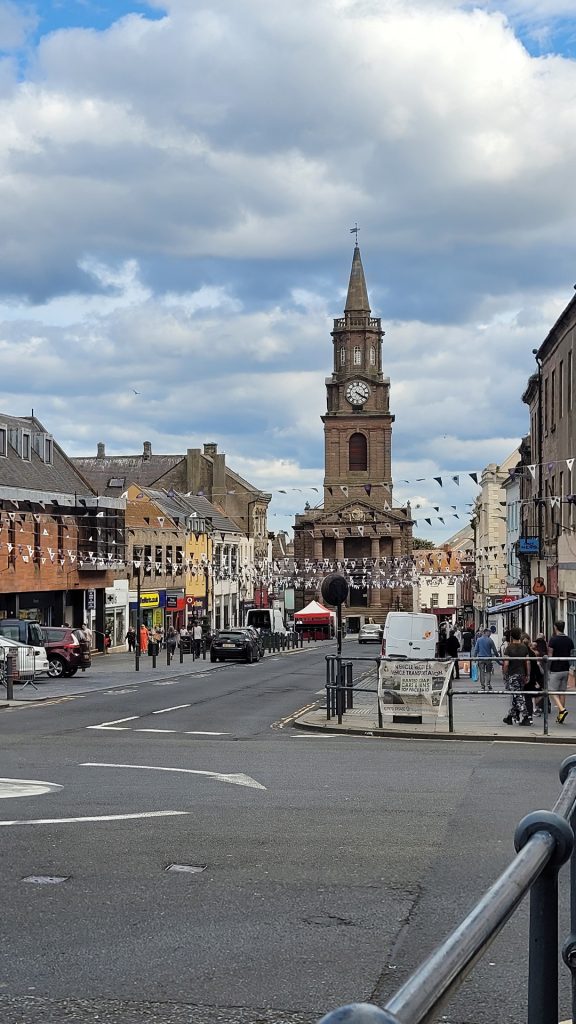 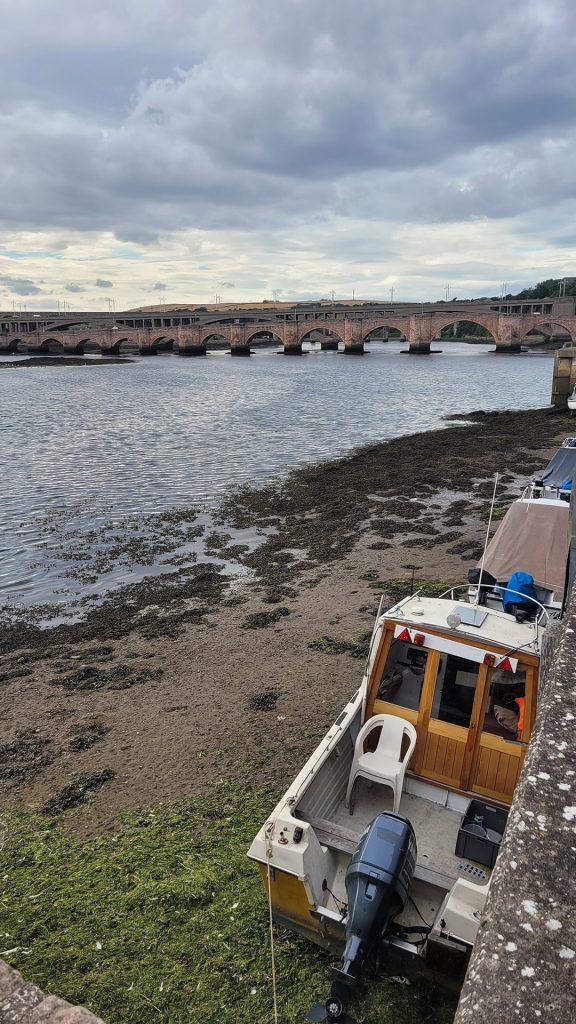 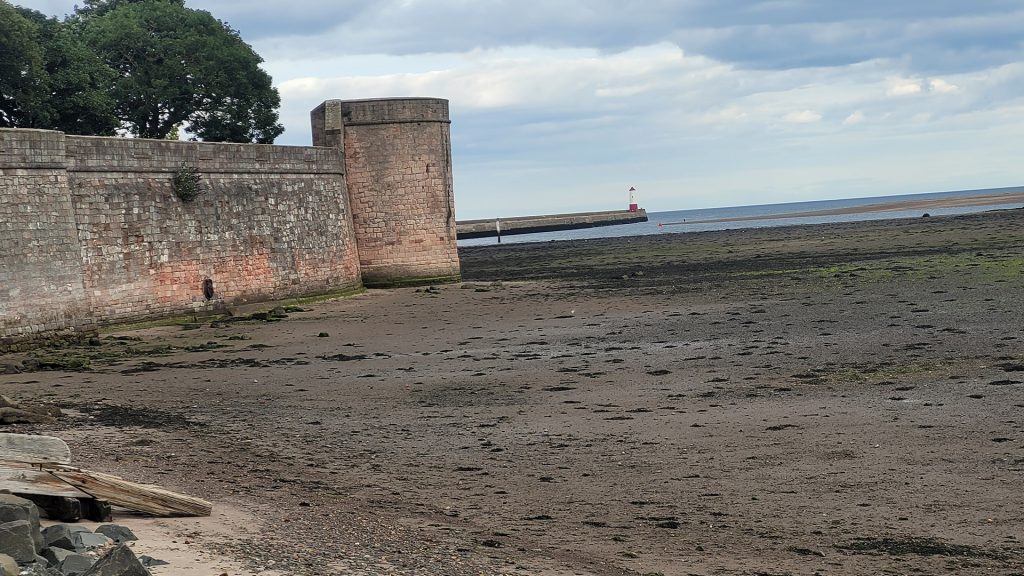 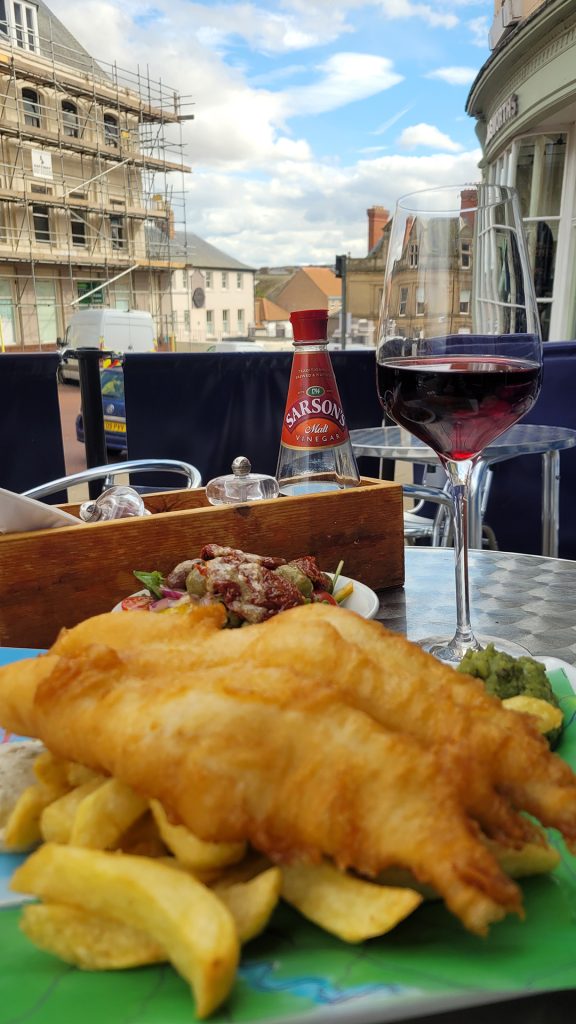 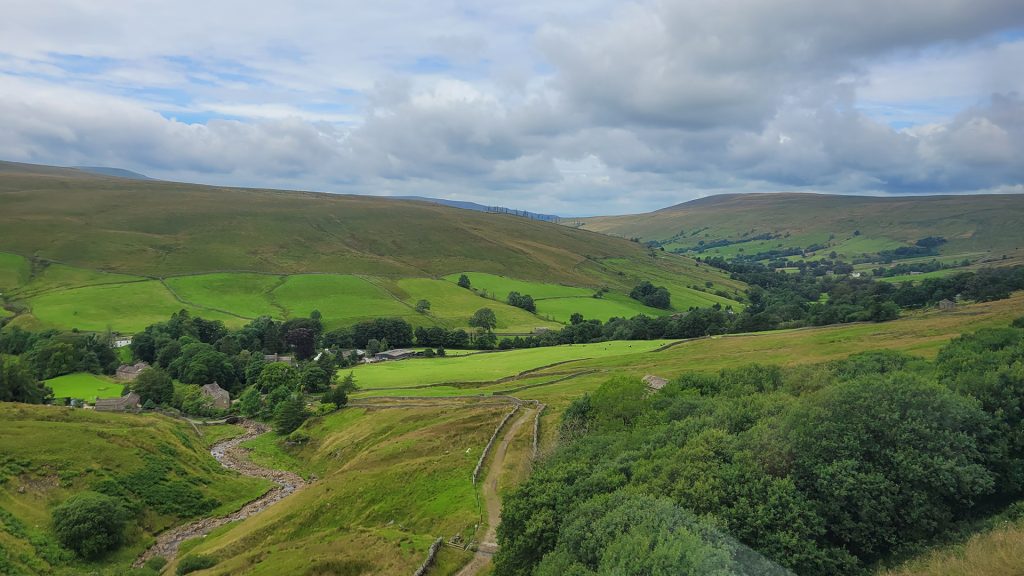